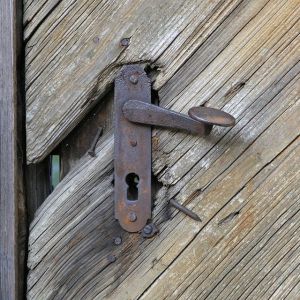 A real estate columnist recently alleged that doorknobs were traditionally brass due to brass’s innate germ-killing properties. That’s funny. Although germ theory and brass hardware both gained favor in the 1800s, brass hardware was a home-decorating fad like any other. The gleaming, weighty metal had little trouble edging out the dull, black iron– which itself had encountered no difficulty edging out latches and locks that featured leather straps and wooden bars. And when chrome came along, brass faded.

The real truth about brass and ebola: Brass contains a lot of copper. Copper slaughters the heck out of bacteria, and viruses, and fungi. It’s naturally antimicrobial. Hospitals are starting to look at copper for coating “touch surfaces,” the grab-bars, door knobs, push plates, and etc., that suffer the slimy and grimy assault of human skin. Even tarnished, copper is waaaay more antimicrobial than stainless steel.

But neither copper, nor its brass and bronze offspring, is magic. Copper takes time to suffocate, corrode, and collapse the walls and membranes of perching microbes. It’s not totally clear how copper breaches those walls, but it does take some time. An hour or two. Or more, depending on the amount of saliva, booger, sneeze juice, etc., that we’re talking about.

AND if your brass hardware is lacquered, as much of it is, then that copper is essentially wearing an ebola-proof hazmat suit and will not have access to the germs.

A far more effective means of not getting ebola off a doorknob is to stop touching doorknobs altogether. Stop touching everything, while you’re at it. It’s a germy, slimy world. Have you noticed how many people touch the bottom of their own shoes? So yeah, just stop touching things that other people touch. And choose your hardware based on what looks nicest.

So this pile of boxes won a big prize. Well, this and a few other components in the redevelopment of the old Box District in Chelsea, Mass. Together they won the Jack Kemp Award for Excellence in Affordable Housing. Yay. Nothing wrong with that.

But how do we feel about the way this looks?

Architecture is doing this now–boxes. All over Munjoy Hill, and now in the West End.

Of course, nothing in the world makes more sense than a flat roof–if it’s covered with plants and/or solar panels. On the other hand, New England’s history is one long tale of pitched roofs. On occasion, an Italianate bay window elbowed its between the typically flat and somber facades. Clapboard, shingle, and brick were the only sidings a respectable Pilgrim would consider.

Change happens, however. This award-winning development is platinum LEED certified, efficient, and even located on a mass-transit line, which is fantastic. The larger project revitalized what was formerly the neglected grave of a cardboard box factory. Yay.

I’m just not sure I understand what this design is talking about. What is it saying to the buildings around it, to the ground beneath it, to the climate overhead? Housing design, like clothing and hair styles, is subject to fads. Some styles age better than others. How will the Box Era be judged in the coming decades?

In defense of the Box, I felt certain when the USM library got its

makeover that God would smite it from the face of the earth, and that has not happened. Has it aged well? I don’t know. Maybe it’s acquired the sort of patina a cardboard box gets after a winter outdoors.

But this Munjoy Hill design, in a neighborhood of restrained and Pilgrimmy buildings: In 20 years, will this blend in? Or will anyone care?

As tools go, the roof is right up there. Especially for We the Furless. 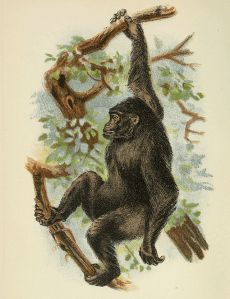