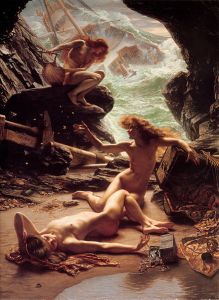 Anthropologists and their hate crimes against cave people wear me out. “No other hominid species could possibly have been one-tenth as sophisticated and emotional and toolly as us, the amazing Homo sapiens.” That  is the working assumption of the average archeologist.

“Homo erectus ate raw food,” they allege, “because they were too dumb to manage fire.” Oops. Erectus seems to have been barbecuing in Africa more than a million years before sapiens was a twinkle in the eye of Homo habilis.

“Paddling a boat 25 miles in a strong current is too intellectually demanding for anyone but us,” scholars assert, “therefor erectus must have spread through the Pacific islands by accident, like ants bobbing around on driftwood. Poor things.” Oops. Not only erectus, but also a second species of “hobbit people“, seem to have been exceptionally lucky floating ants, given that they first colonized the “remote” Indonesian island of Flores 700,000 years ago. (We sapiens are about 200,000 years old.)

“Neanderthals knew nothing of home decorating,” the anthropologists sniff. “They just threw their bear skins down at the mouth of a cave and called it good.”

Oops. The recent discovery of structures laid out 300 meters deep in a French cave suggest neanderthalensis not only managed fire for cooking, but also managed fire for exploring 300 meters into the pitch black gut of the earth, and also hung out there in well-appointed rooms. The construction method: stalagmites harvested from the cave floor, whacked into uniform lengths, and stacked to form barriers. The novelty of this homemaking style was sufficiently unique to demand a new word: Speleofacts, from the Latin “cavemaking supplies.”

The bias that makes such discoveries surprising bothers me. Anybody who presumes only Homo sapiens appreciates a comfortable and attractive territory is crying out for an introduction to another species of talented home-makers. Allow me: The photos below are of huts made of sticks, landscaped with color-sorted stones, petals, bottle caps, etc. Scroll down to meet the artist. 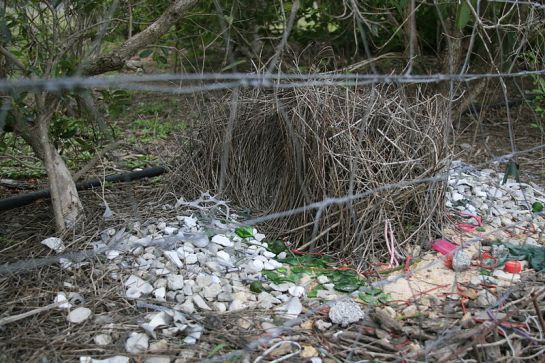 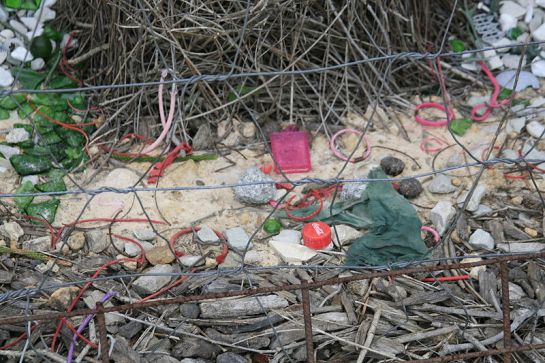 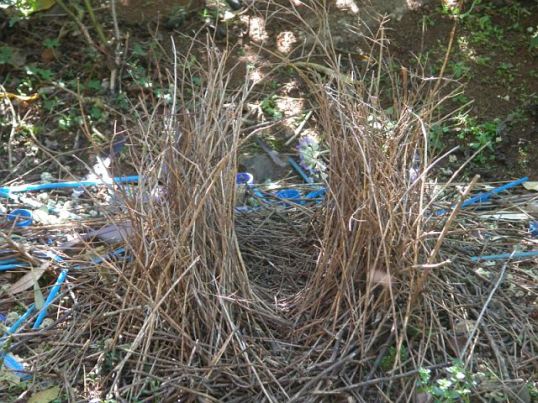 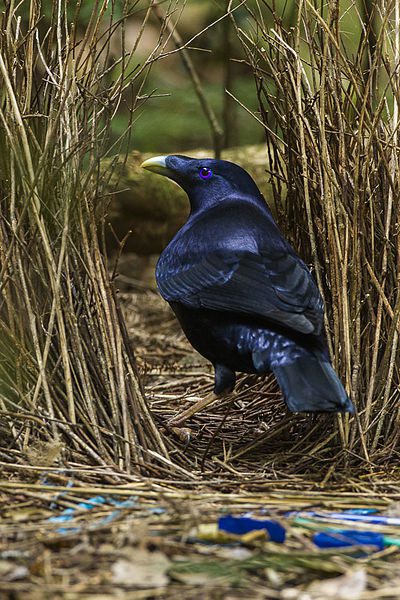